Welcome, Pegasus Alumni! This page is your one stop place to check out news about featured alumni, matriculation updates, and ways you can connect with us. 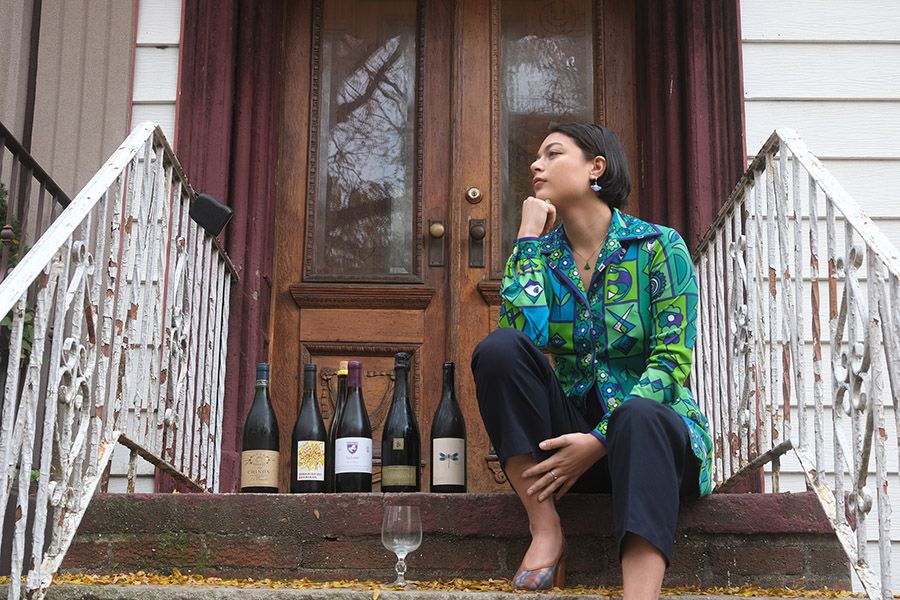 Raquel Makler ’11 has spent the last two years as a Sommelier in New York City; however, her path to wine didn’t come naturally.

She left Pegasus at the end of her sixth-grade year to attend Orange County School of the Arts, where she explored singing, amongst other mediums. Her gift in music earned her acceptance at Berklee College of Music (Boston, Massachusetts), a premiere music college and performing arts conservatory, where she studied to become a jazz vocalist. During her two-year time at Berklee, Raquel grew to love the east coast and knew New York was next on her list of places to explore.

Raquel worked in restaurants as an after school job during her high school and college years. She gained insight on hospitality, humility, and a strong work ethic. She worked her way up to managing a molecular gastronomy restaurant in West Hollywood at only 20 years old, and hasn’t looked back since. The art of wine, however, was a career she discovered unexpectedly after landing a job at a wine bar in Culver City, without any prior knowledge about wines. She uncovered the essence of wine — its history, science, taste, feeling, geography, poetry, etc.

Before long, Raquel found herself working as one of the city’s youngest Sommeliers within the highest echelon of NYC’s dining. The wine world runs rampant with mostly men and people that do not look like her; Raquel’s goal is to change that narrative.

Prior to the COVID-19 closures, Raquel was scouted for her dream job: running a wine bar in the basement of a popular restaurant in the city. Her work centers around natural wine, wine without additives made in small production by the hands of an artist. Natural wine rebels against the typical commercial farming and large scale production, connecting the drinker to the purest form of wine, an aspect of the industry that made Raquel dedicate her career to it.

Raquel has spent the last year reflecting on her next career move. Shifting from wine service to wine education, she is about to start her first venture as a business owner in NYC. She has partnered with three other industry veterans and is launching a two-pronged concept that aligns wine retail and education with food distribution, mutual aid, and a pop-up space for young chefs to showcase their work. Raquel noticed a trend of the NYC food scene: it lacks the voices of young artists, especially those of marginalized groups.

AMIGXS, the gender neutral word for “amigas,” is the wine concept. It’s an LLC that will host free wine education for marginalized groups, along with selling wine to those in the community. AUXILIO, the non-profit, will host a CSA program for those on WIC/SNAP to provide fresh produce to the underserved and will have a small café menu for take-out. AUXILIO will also be a dining room for chefs denied space in the food industry. They will be able to run pop-up dinners for recipe R&D and have access to a kitchen incubator that they can afford. A portion of the AMIGXS proceeds will be donated to AUXILIO monthly, and wine from AMIGXS will be used in wine pairings for the pop- up dinners spearheaded by Raquel (her favorite wine activity!).

As a young force fully immersed in the food and beverage world, Raquel is gunning for Forbes 30 under 30 and is looking forward to a projected opening date of December/January 2020 for both concepts.